I would like to introduce you to the newest addition to the podcast world - the Kiddie Parsha Podcast, by Moshe Dov Goldwag.

This week's podcast talks about Eliezer's journey to find a wife for Yitzchak.

What is the connection between the death of Sarah and the marriage of Yitzchak and Rivka? What is the progression from the akeidah to the purchase of land in Chevron to their marriage? Why do our chazal seem to paint a picture of Rivka taking the place of Sarah? What is the deeper meaning of the fact that Hashem blessed Avraham with 'everything?' What does it mean that he gave 'everything' to his son Yitzchok? What were the seeds that Avraham was planting with his purchase of the cave?

Why does Hashem send the same group of angels to inform Avraham and Sarah of Yitzchak's birth and cure Avraham, who continue on to destroy Sodom? Why do these two events occur concurrently? Why does Rashi say that Hashem 'took the sun out of its sheath?' What is the connection to the time before Moshiach when Hashem will 'take the sun out of its sheath?' Why does the future sun cure the righteous and destroy the evil? What is the connection to the exodus from Egypt?

Noach - The flood and the dispersion

What is the deeper story behind the generation of the dispersion? What was their sin? What did they mean when they said, 'Let us make a name for ourselves?' What is the contrast between their sin and the generation of the flood? Why is the name Elokim used in the story of the flood, as opposed to the story of the dispersion, where the Essential name of Hashem is used? What is the deeper concept of names, in general, and more specifically, The Name of Hashem? 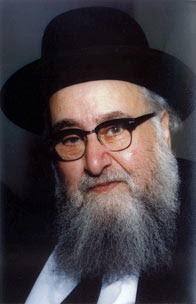 One of my most favorite sefarim in the world is a sefer by Rav Shimon Schwab on the parsha, entitled Mayan Beis Hashoeva. It recently dawned on me that he makes reference in his introduction to a book that he had written at the behest of Rav Elchanan Wasserman many years earlier. This first work was entitled simply "Beis Hasho'eva," and its purpose was to bring together the many statements of chazal about the period of Ikvisa d'mishicha (the footsteps of Moshiach), and to clearly demonstrate how the time period we find ourselves in has all of the signs our sages enumerated.

I went to hebrewbooks.org, which is a wonderful resource for free seforim, and I searched for the book, and lo and behold, it was there. It was remarkable to me that Rav Schwab had written the book in 1942, smack in the middle of the war, and had published the book anonymously. His writing is so beautiful and poetic, constantly weaving fragments of psukim into the theme he is conveying. I have not gone through the whole book yet, but I wanted to share a thought or two.

On the title page, Rav Schwab has the following short introduction:

"This is a book of inspiration for those who await salvation. It does not deal with the hidden, but only with those things that are revealed and obvious to all. And it does not come to reveal that which the Ancient of Days covered, nor to calculate the end of days which is concealed from the eyes of all living creatures."

With that said, he begins the book with an introduction as to the greatness of Eretz Yisrael and living in the land, warning, however, that living here carries with it the weight of great responsibility to keeping the Torah.

He also gives us a word from the Chofetz Chaim:

"When I merited to see the tzadik of the generation, the teacher of all of Israel, the author of the Chofetz Chaim, of blessed memory, and to visit in his home, I heard the following with my own ears, 'explicitly from the mouth of the Kohen Gadol.' He said that the current time, without a question, is the period of the footsteps of Moshiach, and the signs that our Chazal gave us have been fulfilled. In later years, many of his students heard this same statement from him, as he repeated it often. We have also heard in the name of the rest of the leaders of the generation that we are currently living in the final time period before the coming of the redemption. It is clear, however, that we can not know how long this period of the 'footsteps of Moshiach' will extend, and Hashem has not revealed how long the 'birthpangs of Moshiach' will last. May we be saved from them, and I pray that Hashem will bring our redemption speedily."

The book also provides a very interesting window into the thoughts of a religious Jew in 1942, while the Nazi murder machine was in full swing. The fact that Rav Schwab had recently moved to Baltimore from Germany is also an important backdrop to the context of the book. Many years later, Rav Schwab would author the Kinah on the holocaust that many of us say on Tisha B'av. Here we see him struggling to understand the Holocaust at the very moment that it was occurring. He does not question Hashem's judgment, and musters the courage to shoulder the blame for the Holocaust through his understanding of the distance that the Jewish people had created between themselves and their Creator over the previous one hundred and fifty years.

As Rav Schwab gets into the meat of his discussion on the period of the 'footsteps of Moshiach,' he brings numerous quotes from chazal, as well as many psukim that speak of this time. It was very interesting to see how he quoted the famous piece that we have seen from the yalkut shimoni that speaks about the nations of the world fighting with each other, ultimately leading to a situation where the Jewish people are confused and do not know where to turn. What was humorous to me was that he skips the part that speaks about Persia and Arabia and Aram (or Edom) having altercations, and he also skips the part that Persia 'destroys the whole world.' Based on this omission, it was obviously clear to Rav Schwab that World War II was a fulfillment of the 'nations fighting with each other,' but the involvement of Persia (Iran) was just not there at the time.

So far, this is all I have seen of note, and perhaps I will share more as I continue reading it.
Posted by Ari Goldwag at 11:28 AM 5 comments:

Bereshis - The snake and the Satan

Your donation will help draw more listeners to Torah and increase the quality and quantity of the Torah on the website, b'ezras Hashem.